Golden Globes 2013: the winners and the losers 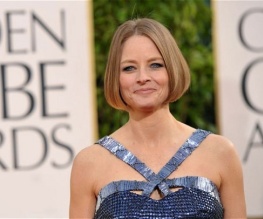 Another revelation from the ceremony was Jodie Foster’s decision to use the podium to come out. As she accepted the Cecil B. DeMille lifetime achievement award, Foster explained that she had come out to everyone she had met over the years, but felt that a public declaration was required. She said, to much laughter and applause, “I’m just gonna put it out there … I’m single.” In her opaque speech, the 50-year-old actress also made made some comments about her career which would suggest she may be retiring soon. Looking back on her achievements, describing it as the end of an era, Jodie Foster gave the kind of speech that many will describe as career-defining. However, she ended her acceptance by saying “Here’s to the next 50!” so who knows what we can expect from the actress. Watch her full speech below.

Comediennes Tina Fey and Amy Poehler did a fabulous job of hosting the ceremony, which came as a welcome relief after three years of Ricky Gervais inadvertently offending everyone in the audience. Their best moments included Tina joking that The Hunger Games was “What I call the six weeks it took me to get into this dress.” and Amy responding saying that Life of Pi was “what I’m gonna call the six weeks after I take this dress off!” At the end of the night, Amy stuck in one last joke saying “We’re going home with Jodie Foster”.

Speculation has now begun about who will win at the Oscars next month (Feb 24). Usually the winners of the Golden Globes predict who will win at the Oscars, but although Lincoln had been in the lead for the Oscars, Argo could be its top rival having won for Best Picture at the Globes. Other unexpected winners were Jennifer Lawrence as Best Musical/Comedy Actress, winning over Maggie Smith, Meryl Streep and Judi Dench, and Christoph Waltz for Best Supporting Actor in Django Unchained, winning over Philip Seymour Hoffman for The Master, which has been snubbed by the Globes and the Oscars. The full list of Oscar nominees can be seen here.

See the full list of Golden Globes winners below:

What do you think of the winners and losers? Let us know below.

Previous: Jurassic Park 4 lands in cinemas in summer 2014
Next: Pirates of the Caribbean 5 bags writer