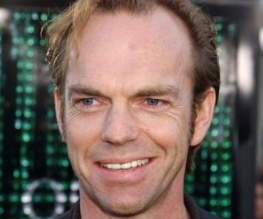 While the battle still rages as to who will take the titular role in Captain America (come on guys, can’t you just make up your minds?), the bad guy seems to have been locked down. Whew.

Hugo Weaving, who exploded onto our screens as Agent Smith in The Matrix, is set to play The Red Skull in the upcoming superhero epic. For those who don’t know the comic or the planned adaptation, The Red Skull is the Captain’s archenemy, the saboteur and spy who worked as Hitler’s right-hand man. It sounds like the two will be battling during World War Two, ending up in modern times due to their Super Solider status. For those who didn’t understand that, well done. You are not as geeky as us.

We’re pretty happy with the decision to cast Hugo as the bad-dude, his certainly shown us before that he’s capable of handling the role of the nemesis. But the question remains, who will he be battling?

Do you like the idea of a Red-Skull-ified Hugo Weaving? Let us know below!