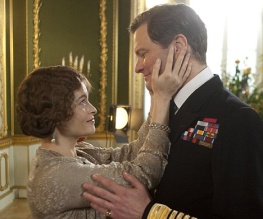 The King’s Speech, which we have long argued is the best film ever to be made by a vertebrate, has scooped an extraordinary five gongs at this year’s British Independent Film Awards.

Colin Firth took the Best Actor award in what is widely expected to be a dry run for his Oscar later in the year, whilst co-stars Helena Bonham Carter and Geoffrey Rush were awarded Best Supporting Actress and Actor.

David Seidler, whose own experience of living with a crippling stammer was reflected in his script for the film, won Best Screenplay, and the production also picked up top award Best Independent British Film. Obviously.

Previous: How To Train Your Reindeer
Next: Frankenstein lives again!