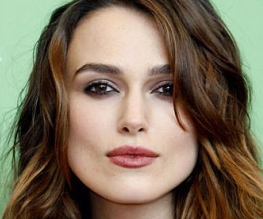 Fresh from performing at the Opening Ceremony, Kenneth Branagh is gearing up to direct the reboot (yes, yes, another reboot, no point wasting any emotion on them anymore) of the Jack Ryan franchise. The Tom Clancy novels have been made into four films so far – The Hunt for Red October, Patriot Games, Clear and Present Danger and The Sum of All Fears with Alec Baldwin, Harrison Ford (the two in the middle) and Ben Affleck respectively in the titular role. The up-coming, and as yet un-named, film will be a prequel to the others.

Branagh will be directing and also playing the villain Viktor Stazov, a financial evil genius working with the Russian government whose plan is… to devalue the US dollar. Ok Viktor, whatever you say, do you want to do an evil laugh now? You, you just want to do some maths? Oh, ok. Luckily, Jack Ryan is an ex-marine financial analyst living in Moscow and he works out the maths or…oh god I’m bored already.

Ryan will be played by Chris Pine. Officially his most successful film is The Princess Diaries 2, but you might also remember him from This Mean War, or you might not. He was also Captain James T. Kirk in Star Trek. Guess who plays his wife? She probably gets captured or something and does some screaming and we’ll have to look at her chin and she’ll probably laugh at some point and we’ll have to look at her chin. Why did you have to put chin plus math in your movie Kenneth? Why?