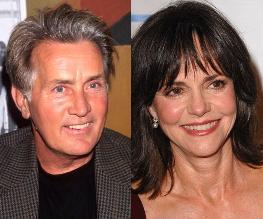 With the recent additions of Emma Stone and Rhys Ifans, the cast of Marc Webb’s Spider-Man reboot has been shaping up rather nicely. And what better way is there to top off your name sheet than by throwing in a pair of respected veterans to play the film’s parental figures, with Martin Sheen in negotiations to play our hero’s Uncle Ben and double Oscar winner Sally Field in talks for role of Aunt May?

The character of Uncle Ben is famous for being the catalyst that drives Peter Parker (played by Andrew Garfield here) to become Spider-Man. Usually cited as originator of Spidey’s central philosophy that “with great power comes great responsibility”, who could wield the line better than a man famous for playing The President of the United States in television’s The West Wing? The potential casting of Sheen seems something of a master stroke; it’s just a shame that his crucial role in the birth of Spider-Man usually involves him dying. Major sad face.

Meanwhile, even with ageing make-up Field’s “foxy for sixty-three” looks would undoubtedly add a younger look to Aunt May than we grew accustomed to when Rosemary Harris played the role. Would that remove her trademark “strong of mind, frail of body” appearance that kept Peter on edge, or would it just mean greater franchise potential? Let us know your thoughts.