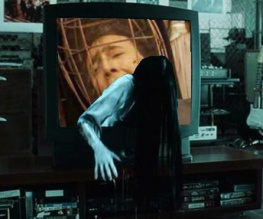 Isn’t life great while Nicolas Cage is around? When he’s not shooting entire rooms full of people whilst drinking whiskey and shagging fully clothed, he’s declaring bankruptcy because he’s bought eleven castles. Quite why no-one’s sorted out a direct line from his mouth to a loudspeaker in every home around the world is beyond us, but Empire certainly had the right idea by getting him in for a web chat.

In addition to sharing his thoughts on the world’s greatest sandwich (Roast lamb from Muso & Frank’s Grill, apparently), he told a great story about going to a Christmas party in Romania as Ghost Rider – ‘I think I kept saying over and over, “Merry Christmas you assholes!” I am lucky I’m not in a Romanian prison.’ But best of all, he had this to say about his thoughts on a remake to Neil LaBute’s exquisitely appalling Wicker Man remake.

‘”I would like to hook up with one of the great Japanese filmmakers, like the master that made Ringu, and take The Wicker Man to Japan except this time he’s a ghost.”

Just let that sink in for a while. Before we get indignant emails, it has not escaped our notice that this was probably all delivered with a wry smile and stifled giggles. We just really wanted to knock this image together for your pleasure. YOU’RE WELCOME.

Previous: Will the Pythons reunite for Terry Gilliam’s new film?
Next: Bail Enforcers