No horror for Moretz 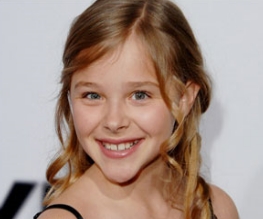 We’ve all been there. The frustration in being told as a youngster that a film is “not suitable”. How you beg and plead, cry a bit, whinge a lot, trying to make your parents give in. It’s just not fair. You try the lies, such as I did when I told my Mother that The Bone Collector was a Disney film. I think she could tell from the poster that it wasn’t.

But hey, you move on, you wait until you are deemed mature enough to watch it and find other stuff to do in the meantime. Like hopscotch. But say you weren’t allowed to watch the original horror film you WERE ABOUT TO BE IN. Well, apparently Chloe Moretz is big enough to play a killer vampire in Let Me In but still too young to watch the film.

Moretz’s uber Christian Madre banned her from watching Let The Right One In, the Swedish film that Let Me In is based on. But how do you play a vampire if you don’t know their motivation, their character traits and what they even look like? How did she be the character, feel the character? A secret stash of horror mags under the bed springs to mind.

Plus, Moretz isn’t even allowed to watch herself in Let Me In. Rather, Mutti selects the scenes which she deems appropriate for the thirteen year old who says, “I’ll watch it one day, whenever my mom lets me; when I’m around thirty.”

Good luck with that.