Prometheus 2 not being written by Damon Lindelof 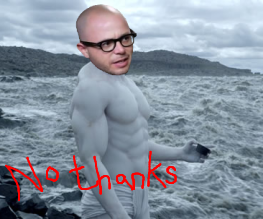 Prometheus was something of a let down after so many years in production and all the hype, but there was quite a lot of it that was really quite enjoyable. Much of that was due to Damon Lindelhof‘s writing. Hailing from the murky waters of Lost and Star Trek, J. J. Abrams‘ right hand man has announced that we won’t be returning for Prometheus 2.

In Damon Lindelhof’s own words:

“The thing about Prometheus was it was a rewrite. Jon Spaihts wrote a script and I rewrote it. And still it was a year of my life that I spent on Prometheus, kind of all in. The idea of building a sequel to it — from the ground up this time — with Ridley [Scott] is tremendously exciting. But at the same time, I was like, well that’s probably going to be two years of my life.”

To paraphrase, “Screw Prometheus 2. I’ve got better things to do.”

It’s a bit of a shame. Damon Lindelhof is *generally* a good writer, and his unique stamp of confusing bullshit that was present in Prometheus wasn’t the problem of the film. If fact, the vague mystery aspects of the story were rather intriguing. That being said, if it was Damon Lindelhof that decided to make all the characters as collectively intelligent as a damp tissue, than good riddance!

Good luck with the Prometheus sequel, Ridley Scott. You’re going to need it. At least the two best things about Prometheus will return – we look forward to seeing Michael Fassbender and Noomi Rapace together again!

What do you think might happen in Prometheus 2? Will we discover who made the Engineers? Is it turtles all the way down? It is, isn’t it?