Sacha Baron Cohen has stunt up his sleeve for Oscars 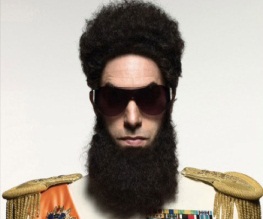 Reports have emerged that character actor Sacha Baron Cohen will be arriving at the Oscars this Sunday ‘in character’ as The Dictator, the protagonist of his upcoming film of the same name.

While just about everyone in the world would enjoy Baron Cohen turning up as his latest eccentric invention rather than his frankly boring self, the Oscar bosses are anxious about his planned stunt. Speaking to film news website Deadline, a spokesperson said

“We would hope that every studio knows that this is a bad idea. The red carpet is not about stunting.”

What a bunch of killjoys these mysterious ‘Oscar bosses’ are. The red carpet walks are so mundane that the only thing the papers can write up about them are Best- and Worst-dressed lists. Surely Baron Cohen’s character would spice things up a bit (and be a front-runner for the Best-dressed award).

Baron Cohen was previously invited to host the 2007 Oscars, but it never came off due to the powers that be not allowing him to present them as Borat. Looks like we’ll have to wait for next year’s Golden Globes (hopefully hosted by Ricky Gervais) for a genuinely entertaining awards ceremony.

Previous: Michael Fassbender to star in Ridley Scott’s The Counselor
Next: Cineworld Traumatise Younglings with Scary Trailers for Bad Movies