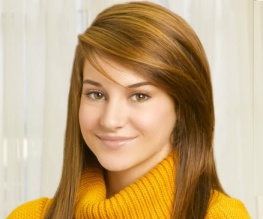 Shailene Woodley – breakout star of The Descendants – might be about to become a bigger star than anyone might have predicted a few months ago. With The Twilight Saga wrapping up, and the mantle of biggest Young Adult (urgh) franchise being passed on to The Hunger Games, it looks like the next planet conquering series of teen-fodder is well on the path to development.

While nowhere near as prominent in the public consciousness of either of those franchises, Veronica Roth’s first novel in her series – Divergent – garnered much praise and featured high on the bestsellers list. The story is set in a dystopian future (obviously) where society is split into different factions (obviously). The factions are, for some reason, based around certain human virtues. Candor (the honest), Abnegation (the selfless), Dauntless (the brave), Amity (the peaceful), and Erudite (the intelligent). Once you reach a certain age, you must take a test to determine which faction you belong in for the rest of your life. Main character Beatrice “Tris” Prior happens to be a rare Divergent – meaning she’s suited to all of the factions equally. What choice will she make? Can she leave her family behind in another faction? Oh, did I mention? The factions are all at war, or something.

Look, we don’t know. We haven’t read it. It sounds very Hunger Games to us, but it seems to make less sense. Quite what the point of separating the brave from the honest is, we have no fucking clue. But it’s got a spunky young female lead and lots of action and science fiction leanings, so it’s going to be massive and we’re all just going to have to deal with it.

Shailene Woodley, who is also currently in talks to play Mary Jane Watson in the Amazing Spider-Man sequel, is being lined up for the lead role in the latest Young Adult sensation (Urgh. There’s that tag again. “Young Adult”. Why not “Old Child”? Perhaps that label would hit a little too close to home for many of the fans…) With Twilight and The Hunger Games propelling Kristen Stewart and Jennifer Lawrence to the upper echelons of Hollywood, Shailene Woodley looks set to chart a similar course to stardom.

Divergent is set to start shooting in March for a spring 2014 release.