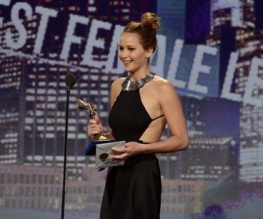 On Saturday night, the 28th Annual Film Independent Spirit Awards were held on a beach in Santa Monica, California. The event has been running since 1984 to honour small independent films and there is a budget limit of $20 million dollars to qualify. This weekend’s event was dominated somewhat controversially by David O. Russell’s Silver Linings Playbook, which took home four awards for Best Feature, Director and Screenplay for Russell and Best Female Lead for Jennifer Lawrence, who repeated the win at the Oscars last night. The only major award for which it was nominated and didn’t win was in Best Male Lead, where Bradley Cooper lost out to John Hawkes for The Sessions.

The controversy comes from the size of the film – one packed with Hollywood A-listers and produced by Harvey Weinstein’s company. However, as big as the Weinstein Company can seem during awards season, it’s still an independent company, and Silver Linings‘ budget clocked in at $21 million, near enough to the limit to ensure its inclusion in the awards fest.

Helen Hunt picked up The Sessions‘ second trophy in the Supporting Actress category, while double-dominee Matthew McConaughey won in the Supporting Actor category for Steven Soderbergh’s Magic Mike (which also bent the rules by its inclusion – its budget was only $7 million which qualifies, but it was distributed by Warner Bros, hardly a small company). Wes Anderson’s Moonrise Kingdom went in with five nominations but picked up nothing – poor Bruce Willis is having a terrible year, losing in the supporting actor category.

We can’t help but think the INDIE organizers could choose a better time to hold their ceremony, as the news today is all about the Academy Awards, with barely a whisper about the Independent Spirit Awards coming through. But then, tarts will have their trinkets.