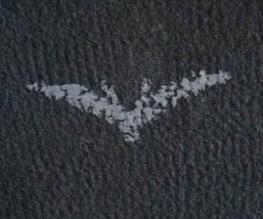 With Avengers Assemble safely out of the way, the cinematic event of this summer is unquestionably the conclusion of Christopher Nolan’s genre-defining take on the Batman mythos. And with fewer than three months to go until The Dark Knight Rises‘ July 20th release, a climactic third trailer has hit the internet just days before it’s expected to be shown in US cinemas.

So what if it borrows a line from Terminator 2? This is the real deal. If you’ve even read this far then your priorities are all wrong, so just watch the damn trailer:

…and breathe. Holy fuck, did the Tumbler just turn into the Batwing? In an age of endless, largely unnecessary teaser trailers which antagonise fans as much as they titillate them, this is pitched to perfection – it reveals virtually nothing we didn’t already know about the plot, but focuses on reminding us just what a visceral, thrilling experience a Chris Nolan Batman film is. There’s no hint at all as to what the fuck’s going on with Ra’s al Ghul, sticking with Bane as the primary antagonist and giving us a tantalising glimpse into Bruce Wayne’s (hopefully temporary) downfall. Nice to see a cheeky bit of JGL as well, we haven’t been allowed to see him in costume much (fuelling, of course, the endless procession of idiot Internet rumour-mongers who STILL think he’s going to play Robin). And Bane sounds a little more comprehensible! If only Anne Hathaway wasn’t in it we’d be happy as anything.

Eighty days. Eighty. Days. WE CAN’T BLOODY WAIT. Can you?