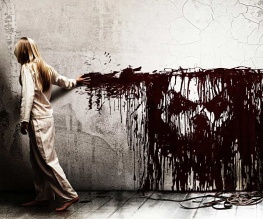 This might be a bit much for some of you at this time on a Wednesday morning, but upcoming horror film Sinister has released a new red-band trailer, and IT. IS. TERRIFYING. We’re not kidding. This is the sort of trailer that people flag on YouTube for not being suitable for some viewers. If even the desensitised monsters that inhabit YouTube comments can’t handle it, you know it’s got to be scary.

The film sees Ethan Hawke’s Ellison, a journalist moving into a new home with the aim of writing a new novel, discovering a box of home videos in the attic – but these aren’t exactly the quaint family memories you might expect; videos of Timmy’s first Christmas, where aunt Linda had too much sherry and grandma snored through the Eastenders special. No, these are genuine snuff films, depicting the horrible and creative murders of all of the house’s previous tenants. It all seems to be tied in to a mysterious, Slenderman-esque figure, lurking on the periphery of Ellison’s vision. From there things only get darker and more disturbing, but we’ll leave that to the trailer to depict.

Featuring not one line of dialogue nor a single flash of gore, the trailer is an absolute triumph, utilizing sound and moody visuals to create a genuinely disturbing atmosphere, thick and suffocating with terror. And that’s the way horror movies should be; we don’t need the torture porn of Saw, nor the quiet-quiet-LOUD scares that many in the genre employ; we’d much rather see something subtler, a building sense of dread, for those are the ones that stay with you. Nobody stays awake at night because Saw scared them, but The Ring? The Others? These are the films that still creep into your mind on the dark, windy nights and cause you to pull the duvet up a little closer.

Directed by Scott Derrickson, Sinister has been getting very positive buzz from advanced screenings around the world (including Frightfest) and having seen this trailer, we can see why. Sinister looks like a proper horror film, and we can’t wait to be terrified by it ourselves.

Previous: Les Misérables release date pushed back to Christmas Day
Next: James Gunn to direct Marvel’s Guardians of the Galaxy