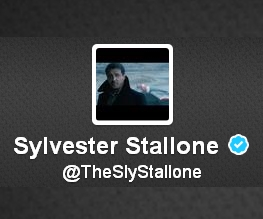 Fresh from fighting Jason ‘I’m so much cooler as Khal Drogo’ Momoa with an axe in Bullet to the Head, legendary hardman and writer/director Sylvester Stallone took some time out of the creative process to update his fans on Twitter about all the goings on concerning the upcoming Expendables movie. And it seems he has some fairly radical plans for the third instalment of the ensemble action series…

Check out Stallone’s series of tweets below:

Writing EX3 at the moment… there are going to be mountains of surprises..Took the girls riding .. They are loving horses like their folks

EX3 needs NEW blood and more humor…. The films were always meant to be more on the humorous side with moments of drama

No S. Seagal, sorry ,but maybe we get lucky with J. Chan! And some young bloods!!!

By young I mean 22 to 27. Not big bruisers but tech wizard, super brains and a young woman who is not a sex symbol but funny ,tough,REAL

While development work seems to have started on The Expendables 3, there is still no announcement regarding a director (though the rumour mill has been suggesting John Woo as a possibility). Dolph Lundgren has named Wesley Snipes as part of the wishlist, along with a speculation that Harrison Ford and even Nicolas Cage might be pulled in, but all these are yet lofty dreams until Stallone can contractually tie them down. Should Jason Statham, Terry Crews and Randy Couture reprise their roles from The Expendables and The Expendables 2 films, we may be seeing it as our summer blockbuster this year.

Does this news excite you in the least? Who would you like to see as part of this action ensemble cast? Tell us your picks for the proposed REAL female character here!