The Final 6 Line Up For Captain America 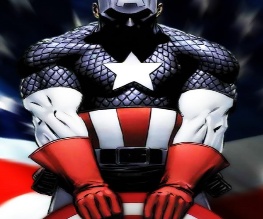 Marvel have revealed that their search for Captain America has been whittled down to just six men. The company are planning to release a nine film franchise about the famous superhero, so it’s pretty bloomin important that they choose the right man. So who are the final six? Have a look…

The Hollywood Reporter have revealed that Marvel wants each actor to sign a 30-day hold during the testing, meaning the big six can’t sign on to any other movie projects while they’re testing. It’s a big ask, but with the potential of a nine films in the bag, we’re pretty sure the boys won’t mind sweating it out.

So who do you think would make a good Captain America? Our vote goes to Krasinski, but to be fair, we’ve seen him in a lot more roles than anyone else on the list. Cassidy is also an interesting choice, it might be nice for him to step out as the superhero for a change.. What do you think?