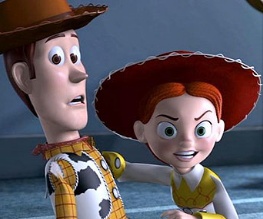 Just as we were finally coming to terms with the Andy Woody-stock of Toy Story 3, Tom Hanks has been teasing us with rumours of a fourth film. While promoting his upcoming feature Larry Crowne, Hanks was asked about this possibility when he dropped the bomb, “I think there will be yeah. Yeah, yeah. I think they’re working on it now. There you go.”

There you go. If that isn’t proof enough we don’t know what is.

With Toy Story 3 having broken records for any animated film (and earnt some crazy money doing so), it might not be out of the question to think that Pixar would want to continue their winning streak. We’ve also heard a few whispers about Tim Allen having signed for another film. But neither Pixar nor director Lee Unkrich are commenting, so it looks like we’ll have to sit tight until further announcements.

The plus side is we have the upcoming release of short animation Toy Story: Hawaiian Vacation to keep us entertained. On the down side, its attached to Cars 2. Ahh decisions, decisions…