Transformers 4 to go ahead without Prime, Megatron, et al? 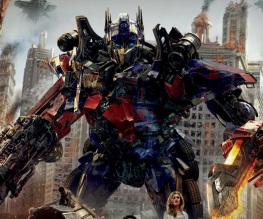 The Transformers franchise as we know it is no more. While Michael Bay‘s series of films – wherein bits of CGI wrestle with other bits of CGI while things explode nearby – will continue rattling on despite everyone trying to ignore it, like a giant Meccano tumbleweed, it’s going to be all-change in terms of the cast.

While it’s long been accepted that Shia LaBeouf, Rosie Huntington-Whiteley, Josh Duhamel and the rest of the human cast would not be returning, it might come as more of a surprise that it now seems like the cast of robots – sorry, Autobots and Decepticons – might also be getting a reshuffle.

Except… it shouldn’t really be a surprise. The whole point of Transformers is to sell toys; not just in terms of the Bay films, but going back to their very conception. The TV series, the comics, the films… they’re all just giant adverts for the range of toys. They always have been. And now, after three huge, multi-million dollar adverts featuring the same toys… Well, they’re just not selling as well any more. Kids get bored quickly, and they already own Optimus Prime and Megatron. They need something new.

And, thus, the film franchise needs new robots. You almost have to applaud the franchise for its honesty (but you won’t, because it’s such a cynical assault on our impressionable youth, and because the movies suuuuuuuucked.), but it’s hard to imagine the fans being terribly happy if Prime, Bumblebee, Megatron et al. are all ditched at once.

Still, there must be plenty more ‘bots left to feature. That one that turns into an electric toothbrush (maybe), or the one who’s a terribly offensive caricature of an Asian man (more likely), or the one that grabs the audience’s sympathies and makes us care about it (okay, now we’re just being ridiculous.)

Transformers 4 is scheduled for a distant release of June 2014.