Spring Breakers was too avant-garde and provocative, 21 and Over is the film for you. Derivative, predictable and crass rather than controversial, the latest film from the creators of The Hangover is just like the last one, only this time there’s a buffalo. A BUFFALO. " /> 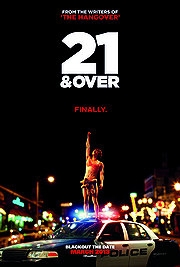 It seems that every comedy released these days is presented by the producers, foley artists or Best Boy of The Hangover, and 21 and Over is certainly no exception. Written and directed by Jon Lucas and Scott Moore — who bonded over The Wolfpack’s first ill-fated trip to Las Vegas — this new film pits another demographic against the dangers of excessive alcohol consumption. The Hangover had men, Bridesmaids had women and now 21 and Over boasts the worst of both worlds: students. 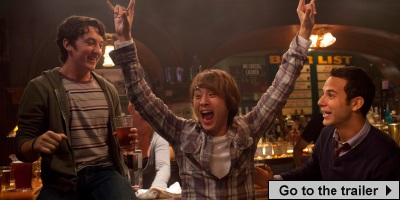 Having planned a surprise birthday party for Jeff Chang (Justin Chon), Casey (the improbably named Skylar Astin) and Miller (Miles Teller) arrive to find their friend preparing for a quiet night in on the eve of an important job interview. Convinced to go out anyway by Miller, Jeff gets increasingly drunk until he his no longer lucid enough to tell his wing-men where he lives. Stranded and with just hours to go until dawn, they must find their way home before Jeff’s domineering father (Lost‘s Francois Chau) arrives to escort his son to a meeting his budding medical career may well depend on.

It would be easy to criticise 21 and Over as a cynical and hugely unimaginative attempt to cash in on the success of Todd Phillips’ Hangover franchise, as that is almost exactly what the film is. As misogynistic as Phillips’ films and as inconsistently funny as Bridesmaids, the movie is for the most part just a group of horrible people doing horrible things in equally horrible ways. Although likeable enough in the remake of Footloose, Teller here is reduced to the role of mean-spirited bully — a necessity in this genre, or everyone else would have just gone to bed hours ago — previously played by Zach Galifianakis and Melissa McCarthy. 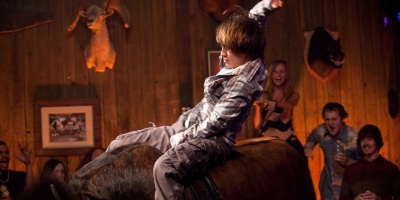 Lucas and Moore’s film is often painfully formulaic, the screenplay acting as a checklist of all the things that worked from the previous movies. There’s the missing friend, the token animal (this time it’s a buffalo) and the ticking clock plot device; the clock even rewinds after a shocking reveal to show the previous night’s events in order. Despite the many similarities, however, there are subtle differences. While it’s a depressing point to have to make, it’s genuinely refreshing to see a non-white actor in the leading role of an American comedy. While there are a number of jokes made by Miller at Jeff’s and Jeff’s father’s expense, there is thankfully more to his character than just the usual racial stereotype.

21 and Over is not original, or even particularly good, but there is undoubtedly some fun to be had (watch out for the oh-no-he-didn’t tampon scene) and the movie is on the hole pretty harmless. In addition, Astin and Chon are likeable enough in two of the three leading roles, while there is a thread running through the film about the impact of college on childhood friendships that even manages to partly redeem Teller by the time the credits roll.

Previous: RIP Ray Harryhausen
Next: John Dies At The End 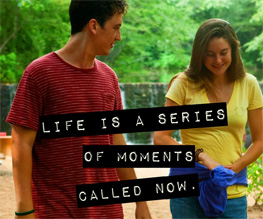