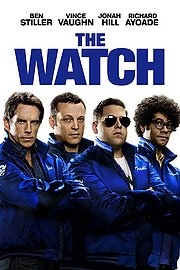 Let’s get the obvious out of the way: The Watch is fucking funny. If you have an operative sense of humour, and you don’t have anything up your arse you didn’t explicitly ask for, you will laugh during The Watch. That is probably exactly how 1/3 of the incredible comedy-band The Lonely Island, director Akiva Schaffer, wanted it. However, The Lonely Island songs and music videos, the home of Schaffer’s only previous directing experience, work because they take common real-life anxieties and distil them into five-minute bursts of crackling contemporary wit, easily digestible wish-fulfilment motifs and some bangin’ hooks. Therefore, you don’t need to deal with problems of characterisation or story development because the lyrics lay it all out for you in classics such as I Just Had Sex. Not so in The Watch; Schaffer has clearly had some trouble adjusting. 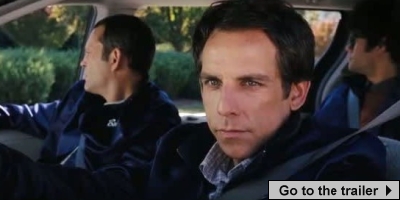 Ben Stiller (Meet The Parents) plays a horribly cheerful citizen of twee shithole Glenview, Ohio, called Evan. He is married to the beautiful but boring Abby, played as well as possible by Rosemarie DeWitt (Rachel’s Getting Married). They’re also trying to conceive a perfect bundle of joy to fit into their perfect bundle of life, now that Evan’s secure in his chokehold of organised fun at the local Costco. So far, so suburban. However, out of this stream of sunshine, friendly Korean women and children not knifing one another, the Hispanic security guard at Evan’s Costco is killed. A friend of Evan’s, Antonio was celebrating getting American citizenship; note that the first and sadly, last things he did on gaining citizenship were cracking into the sort of vodka that freezes and getting disembowelled by an alien. Hang onto those British passports, guys. 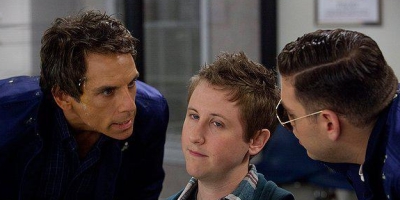 And they’re fucking disgusting. They’re large and screechy and covered in goo, which apparently feels like cum in a way that is described so lovingly and in such excruciating detail we would probably buy some if 20th Century Fox bottled and sold it, just to see. This is just one example of what makes The Watch stand out in the lineup of the countless other dudebro movies brought out in the last ten years; it’s the confidence. This is a genre which has truly found its legs and fine-tuned its strengths, and it might be the phenomenally talented Schaffer, the brains behind Dick in a Box, that does it. From gags like Vince Vaughn’s impressively accurate piss-in-a-can to an utterly dazzling cameo, The Watch knows exactly what it’s doing. It’s relentless and juvenile in its comic execution, which suits the film and its intended audience down to the ground.

Richard Ayoade (The IT Crowd) is a breath of fresh air to what is starting to feel like the Hollywood comics’ version of the Bullingdon Club. He steals every scene he is in, and wholly deserves the lines involving soggy pussies and ball-sucking. Vaughn’s neurotic dad is a welcome recognition of his seniority, and Jonah Hill’s Second Amendment poster-boy brings a hilarious new meaning to the idea of locking and loading. 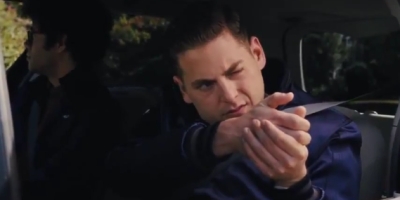 Unfortunately enough, that’s where it all sort of goes tits-up for The Watch. The alien invasion isn’t quite played for enough laughs, and as a result, you can see the self-consciousness that encouraged writers Seth Rogen and Evan Goldberg to make a half-arsed attempt at seriousness (particularly with Evan). It just about works with the side-story involving Bob’s teenage daughter; it doesn’t with Evan’s fertility crisis. What The Watch would have benefited from is just a little more conviction; taking the balls-to-the-wall comic approach that comes out in flashes, and making it the core of the film. Any attempts to make the story palatable to any part of a person that is over 25 falls flat, and quite rightly. That isn’t what these men are good at. It’s entirely possible for great comedies to also have great heart; see Four Lions, The Hangover or The Sweetest Thing. However, it’s not always prudent or necessary when you’ve got the purely comedic talent pool that The Watch does – when you’re that good at giving people Michael Phelps-style abs with laughter, sometimes being absolutely fucking hilarious is enough.