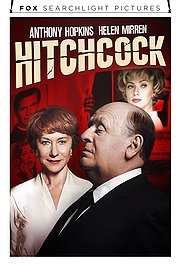 Two men are talking, doing a bit of digging… and then one kills the other with a shovel. The camera then pans to our first glimpse of Alfred Hitchcock, who is observing the scene with a kind of directorial secrecy, like he’s harbouring another bombshell up his sleeve. It’s an intriguing first scene, and indeed, introduction, to one of the most celebrated directors of all time. Although this seems like a strange place to begin Hitchcock’s biopic – after all, we’re nowhere near Hollywood – it does the job, quietly praising Hitchcock’s trailblazing use of suspense as a cinematic device. Immediately, we catch a glimpse of the director’s wit, charm and appeal.

Following this intriguing opener, the audience is catapulted straight into 1959, the aftermath of the immense success that was North by Northwest – and the ensuing panic that grips Hitchcock (Hopkins) as he tries to come up with something better. At this point, and pretty much throughout the course of the film, Hitchcock enters into a battle with himself, the film industry and his wife in order to make his 1969 horror-that-started-them-all, his ‘something better’ – Psycho. Thrown into the mix is a slyly contrived storyline in which Hitchcock suspects his wife, Alma Reville (played beautifully by Mirren) of having an affair with Whitfield Cook (Danny Huston). The film then delves into the inspiration behind Psycho, which then gives us a whole other sub-plot that is, on the one hand, a fanciful exploration of Hitchcock’s own psyche, but on the other, just plain demented.

Director Sascha Gervasi shows us Hitchcock’s obsession with his leading ladies (spying on them through peepholes) particularly Janet Leigh (Johansson) and Vera Miles (Jessica Biel). As Psycho‘s production descends into chaos when Hitchcock falls ill, Alma comes to the rescue by standing in the director’s shoes, and so we see the immense impact his wife and secretary (Toni Collette) played in Hitchcock’s career and life. 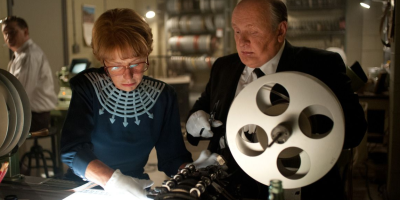 One thing the film maintains well is Hitchcock’s directorial style, which it emulates in its own suspenseful scenes. Unfortunately, after a frothy scene where Hitchcock laments his lost freedom and youth, the film never manages to regain its pace. There are some unnecessary scenes which attempt to highlight the director’s eccentricities, but they feel too exaggerated to constitute an accurate in-depth analysis of the man. The screenplay is reliable if uninspired; there are no magnificent speeches and in places the dialogue feels clichéd and simplistic. That being said, Mirren turns her lines into a masterpiece, demonstrating her talent whilst in a heated argument with Hitchcock. The highlight of the film has to be Hopkins’ wild hand gestures as he listens to the audience’s first reaction to the shower scene in Psycho. As the familiar strings burst into life, Hopkins is utterly brilliant, never having looked more like the director than in that moment.

We’re certainly not lacking in great performances from the cast. Johansson’s depiction of Janet Leigh is poised and classy, whether or not it’s a strictly accurate portrayal of the actress herself. Despite Michael Wincott being cast in a good role in a rather absurd sub-plot, he gives a terrifically heartbreaking performance, which is unfortunate because it probably would have been better in a different film altogether. Anthony Hopkins manages to capture Hitchcock’s humour and appeal well, if you can get past his (Oscar-nominated) prosthetic lips. It’s Mirren, however, who steals the show, masterfully encapsulating Hitchcock’s supportive, exasperated and supremely capable wife. 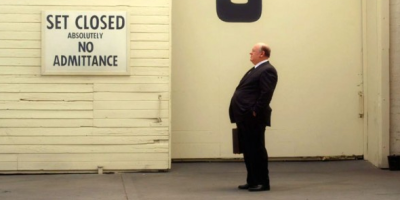 It feels odd to call such a weighty drama ‘fun’, but Hitchcock‘s humour blurs the line between drama and comedy. It’s an entertaining film rather than an entirely faithful portrait of Hitchcock, but were we expecting one? Most importantly, the invention of Alma’s alleged ‘affair’ with Whitfield Cook feels too disrespectful towards the real Alma Reville to be considered fair. Luckily it doesn’t diminish from the impression we get of the great impact Alma had on Hitchcock’s career – the impression left, though, is of a misplaced attempt to make the audience feel sorry for him.

For those unacquainted with the legendary director, the film does little to show exactly why Hitchcock was so great, as we don’t really see any footage of Psycho. Nor is it a film that’ll satisfy hardcore Hitchcockian fans because we’re left somewhat confused; are we being told that Hitchcock was haunted by the ghost of a serial murderer, or possibly that he was schizophrenic? Purist niggles aside, however, Hitchcock is stylish, easily digestible and a fine vehicle for the legendary director’s equally legendary wit.

Previous: Top 10 REAL Disney villains on trial
Next: Colin Firth joins cast for Before I Go To Sleep