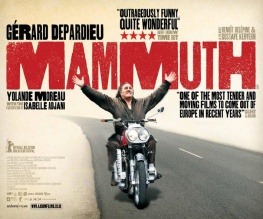 Gérard Depardieu vehicle Mammuth is a film which may well defy all categorisation. Part comedy, part moving commentary on the state of the French economy, part surreal incest drama; it precariously treads the tightrope between abominable mess and Easy Rider for the French pensioner.

Depardieu plays Serge ‘Mammuth’ Pilardosse; an abbatoir worker who retires at age 60, having worked continually since age 16. As he adjusts to a life of mundane retirement, his wife Catherine (Yolande Mureau) discovers that Serge will only receive full retirement benefit if he obtains various documents from former employers. Serge then takes to the French countryside on his ancient “Mammut” motorbike in search of the missing paperwork. As Serge struggles to locate both the papers and a new sense of identity he meets a wild assortment of characters from his past and future, whilst being haunted by visions of a woman with blood streaming down her face (Isabelle Adjani). Watching Mammuth is not an easy task, given its spiralling narrative and surrealism from the outset. Serge is a giant disgusting beast of a man, with matted hair down his back and few manners, and at first it is hard to sympathise with his plight. He could only really be played by Depardieu, who redeems Serge with the necessary pathos and also provides him with a poetic soul, both of which avoid the character descending into bumbling idiocy. The film expertly chronicles Serge’s initial sense of utter despair and eventual journey towards freedom from the chains of a life after work, but boy does it go around the houses getting there. The lines between normal and abnormal behaviour consistently blur throughout, with only Serge’s long suffering wife Catherine back home to anchor the film away from absolute carnage. To list some of the events of the film does not do justice to their portrayal, but Serge manages to sleep with a variety of women and men, get drunk, live in a bus shelter, work as a grave digger and become a professional beach metal-detector user during Mammuth, with the above examples merely scratching the surface of the events covered, all inextricably linked and unmistakeably real.

Mammuth wants to be both a character driven piece and a visually claustrophobic art film, but the blurry camera work and periods of still silence counterbalancing the odd story only partially help achieve either objective. Isabelle Adjani is underused in her role as the ghostly figure holding the key to Serge’s past, which is kind of the point, but her presence is imperative in creating a back story for Serge to cling to; and Yolande Mureau is amazing as put-upon wife Catherine. When Catherine spends ten minutes of the film on the phone to an automatic answering system painfully repeating herself, her character personifies the message of the film, that life can be both comedic and frustrating. Real life performance artist Miss Ming is also delightful, popping up as Serge’s niece-cum-lover who is completely unhinged, yet their tender bonding is artfully played. Nevertheless, at times Mammuth is almost unwatchable due to scenes of implied sexual depravity; and although the action is played off screen, these scenes serve to justify the film’s 15 certificate. The varied nature of the plot and competing styles of the film’s two directors become glaringly apparent at moments like this and Mammuth tries to cram in far too much surrealism for any one movie. Yet from these moments of shock Mammuth segues into black humour and moving beauty with ease, especially when Miss Ming creates a life size sculpture out of soft toys to demonstrate her love for uncle Serge, which allows the heart of the film to filter through.

Mammuth is a film so bizarre that at times it merits all 5 stars, yet at others it barely warrants a single one. It may be currently receiving rave reviews from French film critics; but the confusing direction, disparate plot and sheer audacity of the story mean that as memorable and original as it is, Mammuth’s worldwide popularity is not yet secured.

Previous: Top 10 Indie Film Clichés
Next: First full trailer for Rise of the Planet of the Apes 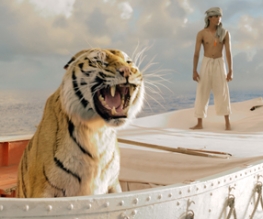 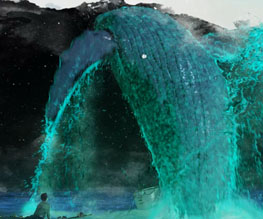 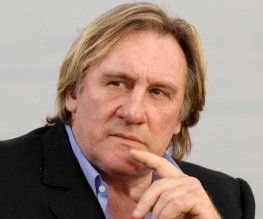