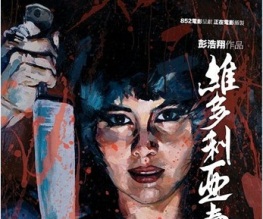 Asian horror film Dream Home is the story of a young woman in Hong Kong, desperate to buy her ideal waterfront flat. Due to the extortionate property market in the city, she takes matters into her own hands, slaughtering the other residents of the building in order to drive down the asking price.

Director Ho Cheung-Pang has two main aims with this film – sharp satirizing of modern Hong Kong, and gratuitous violence. The two are intended to work together to create a blackly funny and visceral movie, best illustrated with the opening sequence. We are given the facts regarding the housing crisis as a set of subtitles, before being presented with a tense and explosive murder scene, which grabs your attention and doesn’t let go. The audience suitably piqued, we are then shown flashbacks depicting how the killer, Cheng, came to embark on her bloody rampage. The effect of this is that although we initially sympathise with the victim, our perceptions are played with to such an extent that you are at times unsure if you want Cheng to succeed or be foiled.

Josie Ho excels in the lead, switching between put-upon wage slave and relentless killer regularly. A pop star in Hong Kong, it is a role she does not initally appear right for, but handles superbly. The flashbacks paint her as a sympathetic and tragic character, growing gradually darker and more enraged as events come to a head, provoking her climactic massacre. Whilst the non-chronological plot is an excellent device to keep the audience working, however, the flashback sequences tend to be over-long and somewhat mundane after being spoiled with one of the myriad blood-splattered murders on show. As a result, this occasionally feels like we are watching two films spliced together, and the story-heavy scenes suffer in comparison with the more gruesome sections.

The horror sequences themselves are supremely strong, with the violence so protracted and graphic that it has prompted many audience members in cinemas around the globe to leave before the end. Pang does not flinch from showing the direct consequences of strangulation or of a gunshot to the head, and the effect is a visceral one which provides the shocks a slasher film needs to succeed. The camera never cuts away (much like Gaspar Noe’s Irreversible) and we see knives penetrate heads, blades slash limbs and even one of the most spectacular disembowelments in cinema history – all through a steady and uncaring camera lens. The disturbingly realistic make-up and special effects deserve a special mention – despite the outlandish nature of some of the kills, the film makers seem to have an uncanny and worrying knowledge of the human body reacts to extreme trauma. Pang is evidently not afraid to portray violence in an unglamorous way, and some of the kills will genuinely chill viewers – one unfortunate pregnant woman’s fate is particularly hard to watch. Plenty of humour is in place to break up the seemingly unrelenting gore, with a few of the more unpleasant kills evoking both laughs and gags from the audience as Dream Home’s distinctive brand of physical slapstick is employed. If you’ve never seen a man’s phallus lopped off mid-coitus, you would be surprised at how it can be played for comedy…

Overall though, despite some slick direction and highly inventive kill sequences (very few gun/knife murders are depicted, with hoover bags and zip-ties proving much more effective), Dream Home falls just short of successfully merging its biting social commentary with crowd-pleasing splatterfest. Recommended for experienced gorehounds only, the films is perhaps too violent for its own good in some parts, as the message (put across remarkably well for an international audience, it must be said) sometimes gets lost in the midst of Cheng’s aggressive rampage. If you are a fan of Asian horror moviesor Western slasher films, this is highly recommended, although it is unlikely to appeal to a more mainstream audience.