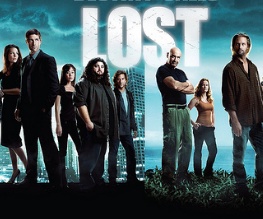 Toto, we’re not on the island anymore. Well, in a sense we still are. This penultimate season of J.J. Abrams’ sci-fi drama divides its focus between those who successfully made it off the island at the end of season four and those who didn’t. But the show has certainly come a long, increasingly bizarre way from its first season, where the action was primarily based on the characters’ pasts and their relationships with each other, the unseen threats of the island remaining just that.

Over the last four seasons, we’ve accepted the fact that not only does the island these poor people crash-landed on contain an unexplainable, vicious monster, but also a core of electromagnetic energy the likes of which the world has never seen. Not to mention a tribe of specially selected geniuses with a larger arms cache than Osama bin Laden and a creepy, invisible ghost man who controls it all. This season, we’re faced with a new and even more unfathomable plot twist – the island is constantly moving in time. How will that affect Sawyer (Josh Holloway) and his fellow islandees versus Jack (Matthew Fox) and Co., who’ve realised too late that they should never have left? You’ll have to watch and find out, because we’ve already spoiled enough key Lost plot points to have fans shaking fists in ire.

We’re not going to lie, to enjoy season five, you’ll have to leave reality, reason and logic at the door to an even further extent than previously. When it began, we really didn’t think we’d be able to swallow all the crazy rubbish they were throwing at us, but to be honest, by the finale, we were just as heart-stoppingly suckered in as we have been in seasons one to four. Bring on season six, which we can only assume will be set in space, as that’s really the last place the show has left to go.

LOST on Location
Building 23 & Beyond
An Epic Day with Richard Alpert
Making up for LOST Time
Mysteries of the Universe: The DHARMA Initiative
LOST Bloopers
Deleted Scenes
Audio Commentaries