“When people are frightened, they turn to God, and when they have no help from him, they look to the Devil.”

Because Sherlock Holmes didn’t take the case on, that’s why!

Murder By Decree feels, at once, strangely familiar; for those of you who have seen historical flop From Hell, you’ll find that the story follows a similar plot. In fact, the exact same plot; detailing the events of the Whitechapel killings, it soon becomes apparent that someone is having these women wiped out. And, as Sherlock (Plummer) and Watson (Mason) are about to discover, there is a conspiracy in place to protect the killer. Unlike Guy Ritchie’s modern take on the classic detective, Murder By Decree‘s Sherlock is a quietly contemplative one. He considers the situation, he mulls things over with his pipe and then he quietly goes about the business of gathering the evidence. There’s none of that insane action sequence gun-toting martial-arts business. In fact, Holmes’ most dangerous weapon is his specially-adapted “death” scarf. And, sadly, this Sherlock lacks the deductive prowess of Downey’s portrayal – Holmes is more of a people person than an intellectual genius. Plummer also gives Holmes a far more emotional side; he angers up at injustice, he tears up when he sees some “pathetic woman” (casual sexism’s always a winner!) and, on the whole, makes him a more human character. It’s basically what would have happened if Captain Von Trapp had fled to England after witnessing the assassination of Maria and his children during a rousing performance of ‘Do Re Mi’.

Mason underplays Watson; unlike Jude Law’s version, he is a staunch monarchist and prone to narrow-mindedness. Not to mention more than a little bumbling! However, he’s the perfect foil to Holmes and brings the always essential old married couple element to their relationship. The rest of the cast are wonderful; look out in particular for Susan Clark’s wild-eyed prostitute in distress, as well as a haunting performance from Geneviève Bujold (Anne Of A Thousand Days) who, once again, gives a tragic portrayal of a cast-aside lover. Sutherland, on the other hand, is oddly forgettable as psychic Robert Lees; his visions of the murders could have been far more compelling than the yawn-fest they actually were.

In short, it’s a brilliant film, adding an imaginative twist to the ‘whodunnit’ genre. However, thanks to From Hell copying the plot all those years later, not to mention the SEXY new Sherlock Holmes films, Murder By Decree has the potential to come across as outdated and derivative to a modern audience.

Previous: Check out the ‘Rise Of The Guardians’ trailer
Next: Trailer for People Like Us is mind-flatteningly boring 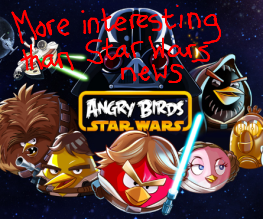