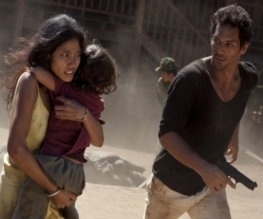 The second adaptation of Philippe Francq and Jean Van Hamme’s comic book series, originally titled Largo Winch 2 but later changed to The Burma Conspiracy, sees returning director Jérôme Salle’s sequel pick up  the story approximately three weeks after the original. Ousting the majority of the principle cast (see Hollywood: you don’t always have to reboot) and quickly embroiling Winch (Sisley) in a new conspiracy, this adaptation certainly looks the part, but it struggles to hold interest throughout its hefty duration.

Opening with a car chase that is never really explained, Largo Winch topples a few black Land Rovers only to be rescued immediately by helicopter. Determined to liquidise his dying father’s company and donate the money to a charity he has had dealings with in the past, Largo manages to rub many of his peers up the wrong way, and ultimately faces their wrath for upsetting the natural order of things.

As if he didn’t have enough on his plate, Winch is also facing charges of crimes against humanity for a part he is believed to have played in a Burmese massacre three years before. As we flash back to the time in question, we see an innocent and decidedly beardy Winch falling in love with a local insurgent (Nakprasitte). With a steely prosecutor (Stone) hot on his heels, he must unravel the conspiracy surrounding Burma before he is arrested by the U.N. or killed by his late father’s enemies. Whether you are familiar with the character or not, you are unlikely to ever have a full grasp of the plot throughout Salle’s The Burma Conspiracy. It is an unwieldy, impenetrable beast which proves more convoluted than complex, more contrived than clever. With multiple storylines running in tandem without ever really entering the central narrative fray, while the primary story ties itself in knots over two different timelines, it is never quite clear what is supposed to tie into what. What you might gain, however, is some semblance of a vested interest.

Whether walking away from a murdered loved one or making out in a pool with the girl of his dreams, Tomer Sisley has clearly decided that one face fits all. It may be unshaven, it may be clean shaven or, heck, it may be battered and bruised, but regardless of circumstances our lead actor is consistently in a state of mild concern. It is an emotional vacuum that the film never really escapes, whether the film is repeatedly paying homage to Basic Instinct or sending a butler-esque supporting character in search of some comic relief. Not that you can blame a man required by the script to say things like “beware of clichés, they sometimes end in massacres”. We should be grateful. It’s a good thing, then, that there is so much mindless, inexplicable action distracting our attention from such banalities as character, dialogue and plot. Whether it’s the aforementioned car chase courtesy of Audi, a frantic bathroom skirmish that leaves one character wishing she hadn’t checked her LG smartphone, or a skydive so cheesy that it might as well be sponsored by Babybel, there is no denying that The Burma Conspiracy is certainly an exhilarating watch. On DVD, it might even count as a bit of a find, you should just be glad that you didn’t miss the equally European but exponentially superior Adventures of Tintin to see it at the cinema.

A bombastic and brainless slice of action fodder, The Burma Conspiracy is a perfectly fine way to spend two hours. With wooden performances, an impenetrable plot and a script that reads like a Mastercard (oh yes, did I mention the excessive product placement?) sales guideline, however, this is more Eurotrash than comic book movie of the year. 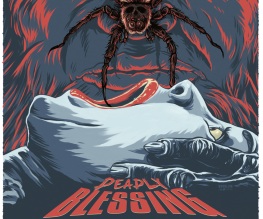 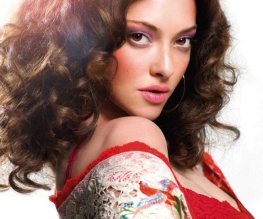 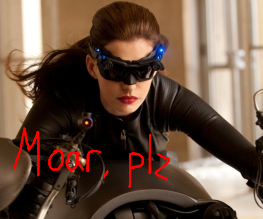