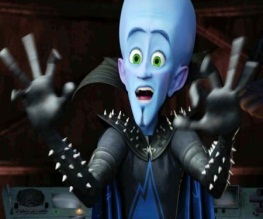 Pandering to an audience well versed in the tropes of the traditional superhero movie, Tom McGrath’s Megamind subverts the paradigm by focussing on the habitual villain. The film opens with the evacuation of two babies from neighbouring planets that are about to be sucked into some interstellar phenomenon. Arriving on Earth, Metro Man (Brad Pitt) is greeted with adoration and respect while Megamind (Will Farrell) is left to grow up on the naughty step. Finding his calling as a supervillain, Megamind proceeds to engage Metro Man in repetitive combat, spending the days he is not abducting his nemesis’ love-interest (Tina Fey) behind bars planning his next assault. After years of sparring, Megamind accidentally bests his pampered foe and inherits the city as a result. Soon realising that he has erased his sole purpose in life from existence, Megamind’s plans to create a new adversary (Jonah Hill) go reliably wrong, leaving him to brush against the grain and fight to save the day.

Immediately invoking comparison to similarly villain-centric forebear Despicable Me, Megamind somehow manages to feel fresh even under the former’s well received shadow. In fact, recycling such ideas as novelty weaponry, inter-villain rivalry and comedy minions, Megamind actually does the most with its premise, lauding and lampooning its source material in equal measure. The weapons are less ridiculous and more integral to the story, the inter-villain rivalry grows organically throughout the plot rather than thinly veiling necessary plot devices and the minions are less intrusive as Despicable Me’s slap-stick yellow tick-tacks. Furthermore, when the sentimentality comes, it is balanced with enough humour to anchor it in the acceptable; Megamind is a villain you can believe in, not just an unambitious thief with a nauseating soft-spot for unicorn obsessed children.

The action too, smacks of enthusiasm; utilising the third dimension fully as an immersive tool in addition to throwing things at the screen for gimmicky effect. As the characters navigate skyscrapers during aerial combat, you feel the scale of the city while simultaneously getting a feel for its own irrefutable character. Megamind might not reach The Incredibles levels of visual excitement but it a different beast, this is a DreamWorks movie after all and while the studios penchant for post-modernism might have eclipsed its storytelling ability in recent years, here the sight gags and self-aware humour only work to compliment the winning characterisation and underlying emotional truth. Megamind’s greatest selling point, however, in true DreamWorks spirit, is its impressive voice cast. Playing the role of Megamind as opposed to another thinly veiled extention to his own personality, Will Farrell revels in his subversion of well worn superhero tropes, selling Megamind’s vanity for full comic effect while bringing a pathos to the character that might have easily been neglected. Tina Fey, too, shines as Lois Lane-lite reporter Roxanne Ritchi, particularly in her early scenes as a serial damsel in distress who has been desensitised through years of repetitive combat. Though underused, Brad Pitt is similarly effective in the movies opening act as the delightfully brash superhero, second only to Futurama’s Zapp Brannigan in terms of pathological egocenrtism. It is Jonah Hill, however, who steals the show as the custom-built Titan, a superhero without the sense of justice necessary for the selfless role. Creating an uncharacteristically dark character for an animated Christmas movie, Hill is a super-villain unwilling to play Megamind’s game and stop before the killing blow.

Pipped to the post by Despicable Me, Megamind nevertheless flips genre-conventions like they’ve never been flipped before. Witty but sincere, and laying off the saccharine sentimentality in favour of a remarkably successful gag hit-rate, Megamind does How to Train Your Dragon proud and continues Dreamwork Animation’s upward spiral to greatness.

Previous: [Rec] Franchise continues with new teasers
Next: Iron Man 3 to be sequel to five other films