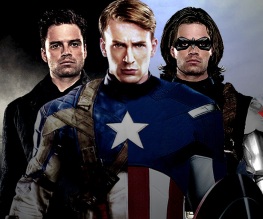 Captain America: The Winter Soldier has added to a cast that already included Chris Evans (Captain America), Scarlett Johansson (Natasha Romanoff/Black Widow), Samuel L. Jackson (Nick Fury), Anthony Mackie (The Falcon) and Sebastian Stan (The Winter Soldier) by re-signing Toby Jones, who will reprise his role as Nazi scientist Dr. Arnim Zola. The news has led to some confusion amongst fans as the new movie is to be set in the present day, meaning that Jones is most likely to appear in flashbacks, or dreams or some such temporal shift. This news follows hard upon Jones’ nomination in the Best Actor category at the London Evening Standard British Film Awards for Berberian Sound Studio.

The frantic pace of filming Marvel adaptations that has occurred over the past few years looks set to continue in earnest, with forthcoming films, aside from Captain America, including: Iron Man 3, The Wolverine and Thor: The Dark World due this year; The Amazing Spider-Man 2, X-Men: Days of Future Past, and Guardians of the Galaxy due in 2014; and The Avengers 2, a Fantastic Four reboot and Ant-Man scheduled for 2015.

We wonder how the box-office will handle such a saturation of the market in action-hero flicks. Judging by the performances of the most recent films, it would probably be wise not to bet against these movies recouping a handsome return on their investments. The ‘teens’, as we shall tentatively call our fair decade, could truly be the Decade of Marvels.

Captain America: The Winter Soldier will hit screens in the UK on 4th April 2014.

How do you feel about Hollywood’s Marvel-ous love affair? Enough is enough? Or bring on the Ant-Man? LET US KNOW