Girl Who Played With Fire release delayed for, like, ages 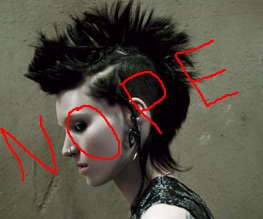 For those of you who loved David Fincher’s 2011 film version of Stieg Larsson’s bestselling novel The Girl with the Dragon Tattoo we have bad news. Yes, there is a sequel in the works but it doesn’t look like it will be coming out in 2013 as was previously announced. “WAAAAAAH” – you, right now probably.

Entertainment Weekly has reported that the screenplay, penned by Steven Zaillian – who wrote the script for The Girl with the Dragon Tattoo alongside last year’s Moneyball – is still in the works and that nothing can move forward until that is nailed down. Well boo to that, we say. Although we had our issues with Fincher’s Girl with the Dragon Tattoo, we are eager to see the next installment, largely because Rooney Mara’s performance in the first one was all thin and cool and everything. And, though Mara and co-star Daniel Craig are definitely attached, a director is yet to be confirmed. David Fincher remains the first choice but as of yet it could be anyone. ANYONE WE SAY! And if this screenplay takes much longer it’ll be the Future by the time this film comes out meaning it’ll probably be directed by McG or Pitof or Miley Cyrus and will be full of things exploding. We’re starting to like the sound of this.