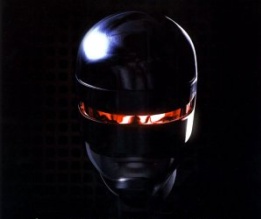 It’s Monday morning, and we’ve all had a whole two days of weekend without nerd-raging about something. Our blood pressure is probably down, and some of us might even have started eating healthier.

Well, you can stop relaxing now everybody, because we have our first look at the new Robocop armour/suit/costume from José Padilha’s upcoming remake of the well loved 1987 sci-fi action film. And, it’s… Well, it’s certainly different. 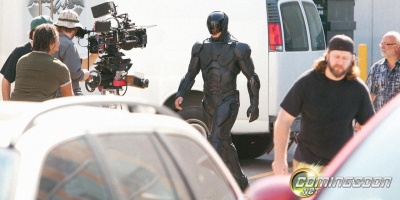 Quite a departure from the 1987 costume – in that it doesn’t look at all like a sodding robot – it’s still unclear quite how much this will represent the Robocop we see on screen. The boring, matte-black panels and minimal skin on display could just be a blank-canvas for the CGI maestros to impart their more overtly robot-like wizardry onto. Or this could just be an earlier version of the costume within the context of the plot (similar to the early Iron Man costumes), but the teaser poster implies a similar design, so this might be the real deal. 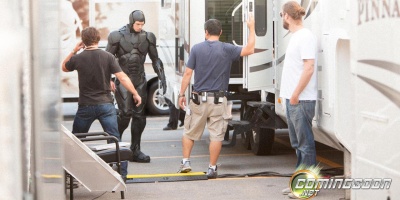 Starring Joel Kinnaman as the titular robot, the plot – much like the previous version – will see his regular cop Alex Murphy critically injured in the line of duty, only to be saved by technology giants OmniCorp, who turn him into a cyborg super-cop. Murphy, unsurprisingly thrown for six by waking up as a robot, has to deal with his new circumstances whilst also being sent back out onto the streets to deal justice, robot-style.

Looking more like the recent Batman armour than any sort of robot-enhancement (or like an un-painted Spawn, from the movie Spawn), the costume seen in these early pictures is a bit of a worry. The whole point of Robocop (clue is in the title) is that it’s a cop dealing with being a robot. But gone is the shiny metal plating, the exposed mechanics and the clearly assembled-together joints. If it just looks like a man wearing armour, then it’s going to be hard to take seriously. And as for the motorcycle helmet, it just makes him look like a particularly safety conscious courier.