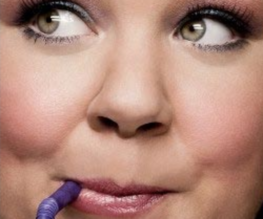 Melissa McCarthy is all set to steal Jason Bateman‘s life when Identity Thief hits the UK in March 2013. In the meantime we have been graced a new poster of the comedy from the makers of Horrible Bosses. That’s probably not the best promotional headline for the film, considering the Horrible Bosses was, for all intents and purposes, a steaming pile.

One of the best things about Horrible Bosses (like a diamond in some pig slurry) was Jason Bateman, who is currently filming the 4th season of Arrested Development. His earnest stressed-out nice-guy image should bounce off Melissa McCarthy quite nicely. Last seen in Bridesmaids, Melissa McCarthy is famous for shitting in a sink, and for starring in TV’s Mike and Molly (which is essentially the same as shitting in a sink). There’s something about these two comic actors on this poster that pops. It might be the eyes, Melissa McCarthy and Jason Bateman have beautiful white scleras. Eyeballs kind of make you hungry, don’t they? (Is this getting all a bit personal?) 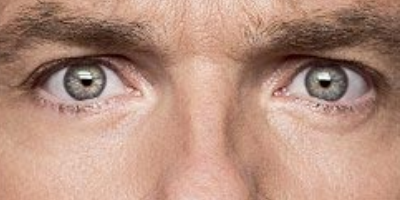 Jason Bateman continues to baffle in his choice of roles. Horrible Bosses 2, anyone? He is getting a bit old though, isn’t he? Maybe he’s just settled in his ways. You can’t teach an old dog new tricks.

ILLUSIONS, Michael. A trick is something a whore does for money… or cocaine.

Previous: Channing Tatum is the sexiest man on the planet
Next: Mission: Impossible 5 teed up for Christopher McQuarrie