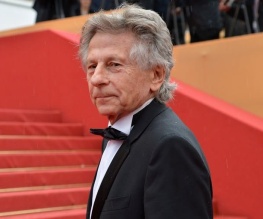 Roman Polanski is set to adapt Broadway play Venus In Furs, the David Ives’ directed production that has been winning all sorts of awards in the theatre world.

The plot of the original Venus In Furs, the 1870 novel by Leopold von Sacher-Masoch, involved the tale of a man who was so in love with a woman that he asks to be her slave, allowing her to treat him in any number of degrading ways. Initially hesitant, the woman eventually takes to the idea, and thus from the novel was born the term “masochism”. The David Ives play concerns a director’s attempts to adapt this novel into a play, but struggling to find the right woman to play the lead – until he does, and the power-struggle in their relationship begins to inadvertently run parallel to those of the characters.

Roman Polanski has cast his own wife Emmanuelle Seigner as the lead, so presumably he won’t have to worry too much about life imitating art in terms of accidentally finding himself under his actress’ thrall.

Filming is due to begin in Paris in November.