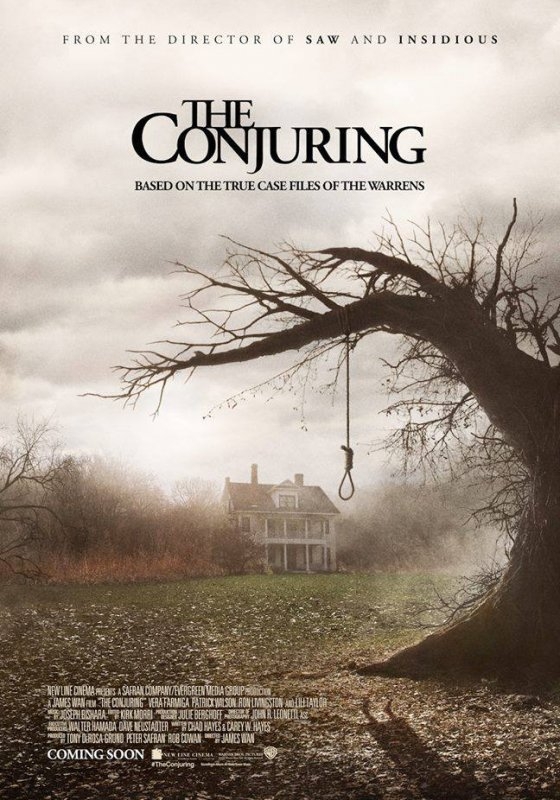 The Conjuring is, in its basest form, a ghost story. And, while ghost stories are usually pretty terrifying, in their own little way, there’s USUALLY a get-out clause of some kind. Haunted houses, for example, are just that; haunted houses. Ghost stays in, you run outside screaming and bag yourself a room at the local Holiday Inn for the night / rest of your life. Everyone is happy.

Not in The Conjuring. There’s a ghost in the cellar. There’s another hanging about (literally) in the garden. There’s one under the bed, one in the suitably spooky-looking wardrobe and one that’ll follow you wherever you go in the car, ready to, y’know, make your life an utter misery, wherever you go. In short, things are about to get seriously nasty for the overwhelmingly wholesome Perron family, who need a LOT of screentime because Carolyn (Taylor) and Roger (Livingston) have five – count ’em – FIVE daughters. All of whom are weirdly shocked at the fact that, after relocating to a lonely old house with big murdery-type secrets, are stupidly surprised at the fact they’ve become the target of some pretty evil ghosts.

Thank goodness, then, that paranormal investigators Ed (Wilson) and Lorraine Warren (Farmiga) don’t mind taking a little time out from giving lectures on ghost busting to do some ACTUAL ghost busting. And thank goodness that Lorraine is, as well as being a god-fearing ghostbuster, a pretty adept psychic too.

So begins the story of The Conjuring and, in all honesty, it’s a seriously good spin on the traditional “based on a true story” horror format. Director James Wan may have opted for more than a few clichés (say bye bye to the family pet, kids!), but he deftly weaves them into big popcorn-flying-into-the-air scares. And he also, unlike so many horror directors nowadays, is schooled in the art of patience. Time is taken to introduce us to key characters, care is taken to build up to the creeptastic events over at the Perron home (there’s even a prologue with a terrifying antique doll) and, yes, there’s a lotta slow-drifting camera action. The audience is left stoked with anticipation, ready to get lost in some seriously big thrills, and we’re not left disappointed when Wan FINALLY delivers them, thick and fast.

So what if there’s a bit of Blair Witch style POV camera work? So what if there’s a few seriously Paranormal Activity-esque shenanigans? And so what if things get a bit, hmm, The Exorcist towards the end? Wan makes all of these old tricks feel fresh, innovative and, most importantly, pant-wettingly scary. Floorboards creak ominously, shadows pass fleetingly and Hide And Seek is transformed into a game only lunatics would play. Ever. And this expert delivery is, in part, due to the fantastic cast, all of whom are utterly restrained in their deliveries and ridiculously talented to boot.

It’s all great, basically, until the end. Because that’s when things go a bit mental. Subtle chills are swapped for a big ol’ “where the hell did THAT come from?” twist, characters lose the plot and our actors are left floundering with a handful of bad lines, a lotta expository dialogue, stupid reaction shots and unfinished business. The kind of unfinished business that’ll leave even the most mellow film-goer shaking their fist at the screen and screaming “WHY WAN? WHY DID YOU DO THIS TO US? IT’S WORSE THAN THE LAST EPISODE OF LOST!”

There’s a fair few loose ties – but, to be honest, the end of a horror film being less than sub-par is hardly a big deal. Especially when the rest of Wan’s chilling summer movie is so very brilliant. We definitely recommend all in need of a good scare get themselves into a screening of The Conjuring, quick sharp. Just don’t blame us when you leave with soiled pants…

Previous: The Heat
Next: Disney and Harvey Weinstein to adapt Artemis Fowl 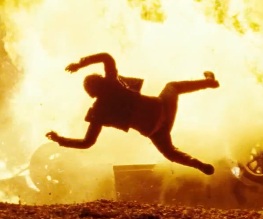 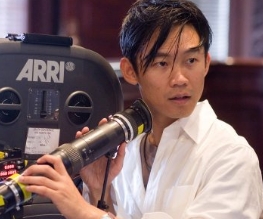