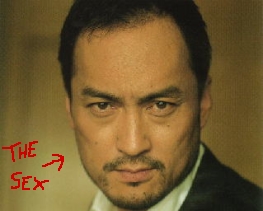 Ken Watanabe has been offered the part of The Colonel in the upcoming Anime remake Akira. The man in charge of tapping into the psychic powers of the runaway teenager Tetsuo, The Colonel was a role originally offered to Gary Oldman, but it would appear that the star’s indecision has led the filmmakers to make another choice.

You may remember Mr Watanabe from such excellent roles as Saito in Inception, Katsumoto in The Last Samurai and Fake Ra’s Al-Ghul in Batman Begins. We really hope he takes it. Gary Oldman’s great and all, but he’s been in everything recently, and it’s been too long since audiences were subjected to his steely gaze.

That said, Warner Bros does seem to be having real trouble getting anyone to actually confirm they’re going to be in it, with Helena Bonham Carter, Garrett Hedlund and Kristen Stewart all yet to respond to offers.