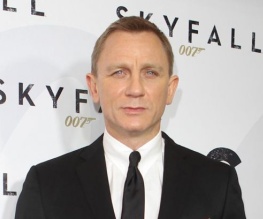 Skyfall was named Best Film at the London Evening Standard British Film Awards last night. The film also won the audience award for Blockbuster of the Year. Sam Mendes’ Bond film became the highest grossing film ever at the UK box office, when it was released in October. Other award recipients were Toby Jones, who beat Daniel Day-Lewis to Best Actor award for his leading performance in Berberian Sound Studio.

Winning the Best Actress award was Andrea Riseborough for her performance in Shadow Dancer. Riseborough said of her award “It’s a huge affirmation and you work on something for such a long time and you’re so passionate about it, and then you’re so excited other people are responding to it and it’s valuable to them in some way.”

Ben Wheatley’s black comedy Sightseers won the Peter Sellers Award for Comedy and
Bart Layton won the Best Documentary award for The Imposter. Malcolm Campbell was awarded Best Screenplay for What Richard Did.

Sarah Sands, editor of the Evening Standard said “Thanks in part to the extraordinary success of Skyfall – a truly big British movie, delivered with a panache Hollywood could envy – 2012 also highlighted the creativity, vision and talent of a new generation of British film-makers, actors and actresses.”

The ceremony was held at London Film Museum on the South Bank and was presented by Episodes actor Stephen Mangan.

Previous: Geoffrey Rush and Emily Watson to be Book Thieves
Next: Yoda to star in first Star Wars spin-off?