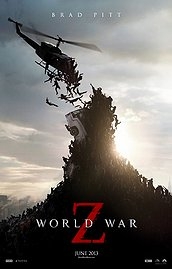 It was the general consensus that World War Z was going to suck, and suck big. The unobtainable brilliance of the book, the reshoots, the rewrites, everything pointed to a bomb, and yet the end result has scraped though into being a success. It’s extraordinary. World War Z is still piecemeal as hell – you get the (rather correct) impression that the direction of the film was radically altered several times as the plot develops, but although you sort of want to kill yourself every time one of Brad Pitt‘s daughters opens their mouths, World War Z is a solid action film that tries hard to bring in a lot of clever ideas from the book. Although it sometimes fails, the end result is distinctly agreeable. 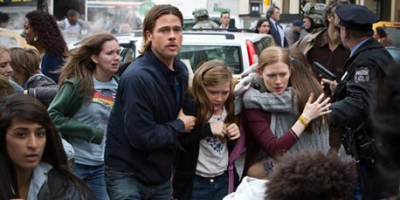 Brad Pitt lacks a great emotional range as an actor, but what he has is star power by the gallon. He commands every scene, and he drives this film forward. He really wants to be there, perhaps because he’s a producer of World War Z, but it translates to feeling as though you can identify with him in every single scene. As two-dimensional as Gerry Lane is in World War Z, you see the cogs working in his head. He observes things amidst the mania, he puts things together, he works things out and the film does it in such a way that you’re following along with his train of thought. He’s also a smart protagonist – he tries to figure out every property of the zombie outbreak from minute one and never forgets any of it. Plus, you’ve got to admire his resourcefulness – bite-proof armour made from magazines is good stuff.

Brad Pitt’s family life is in the film for two reasons – to make us like his character Gerry (unless you’re actively championing for his children to be zombie-chow, like I was) and to give us a sense of urgency and motivation for Brad Pitt. It works well enough, although as soon as the film gets shot of the family World War Z is much more enjoyable. The presence of his wife and kids work wonders in the first 20 minutes, when the zombie outbreak is only just starting in the US. The utter blind panic on the streets of Philadelphia is astounding – running crowds are often seen in these types of films, but World War Z does it in such a way to leave you confused and panicked even from your cinema seat. There’s no cohesion in the mob – everyone really does feel as though they are out for themselves. It’s frightening to see Brad Pitt trying to ensure the safety of 3 other people as well as himself. 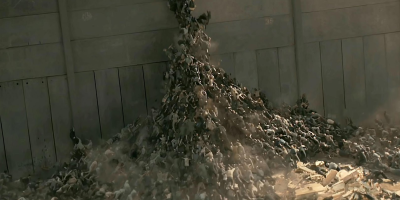 The big CGI effects on display are all spent in the second act, Israel. It does look a bit naff – there’s an impulse right up until the end of keeping the zombies blurred and distant so that they remain an enigmatic and frightful foe, but this also has the effect of making the zombie pyramids a little squiffy-looking. Regardless, the onslaught of a tidal wave of zombies is horrifying, but the imagery is so novel that you just can’t look away. The Israeli soldier Segen (Daniella Kertesz) is never remotely fleshed out, but she doesn’t need to be. She’s tough, she’s vulnerable, she’s loyal and weirdly lovable, and the film gets on its way again. Weirdly, it all works.

The last act is completely different to anything that came before it. No CGI, no expensive sets, just a WHO facility in Wales, of all places. Evidently everything from the moment Brad Pitt lands in the outskirts of Cardiff was shot long after the budget had been blown, but it’s much better for it. Suddenly becoming a quiet, claustrophobic horror film, it’s as engaging as anything else in the film, and keeps the tension up right till the end. 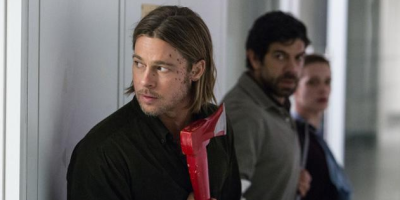 The film adaptation of World War Z could never have come close to the source material. Max Brooks‘ book still demands something more than a 2-hour film: it could only ever be done in an episodic manner on HBO or something similar, but as the box-office returns for World War Z has demonstrated, this film is highly watchable regardless. Even those of us who have been burnt out on zombies since 2007 will find World War Z undeniably thrilling. It draws together some really interesting themes, the idea of globalism, of the tendency for the US to assume that international events can’t affect them. It remembers the practical considerations of the book, the cascading effect that a zombie bite can have, the mathematics of fighting an outbreak, the steps you can take to limit the spread (North Korea, for example, removed the entire populace’s teeth in 24 hours). The film is something of a mess, but it’s a wonderful mess that revels in its inadequacies. Best for all, World War Z is one you’re going to want to watch a few times, which is most definitely the mark of a solid movie. Let’s hope that the just-announced sequel is a little more organised.

Previous: Man Of Steel 2 casting rumour: Mark Strong as Lex?
Next: This is the End